Root cause analysis and PoC for a Microsoft SQL Server Stack Overflow Vulnerability by reversing svl.dll.

We would like to share one of our vulnerability analysis works in this blog post which covers a silently patched stack based memory corruption vulnerability (CVE-2019-1068) in svl.dll, which can be used for a Denial of Service and a possible Remote Code Execution. This blog post is also shared on blogs of Cem Onat Karagün and Fatih Erdoğan.

This issue affects the following versions of Microsoft SQL Server:

It was patched on 9 July 2019. More information about this issue can be found here. This blog post describes the root cause analysis and includes the Proof of Concept script.

In the beginning, we searched for the undisclosed memory corruption vulnerabilities of Microsoft SQL Server from MSRC’s web portal. As seen on the screenshot below, CVSS v3.0 score of the vulnerability was calculated as 8.8 (High) on NVD of NIST.

The summary of the affected versions is listed below. 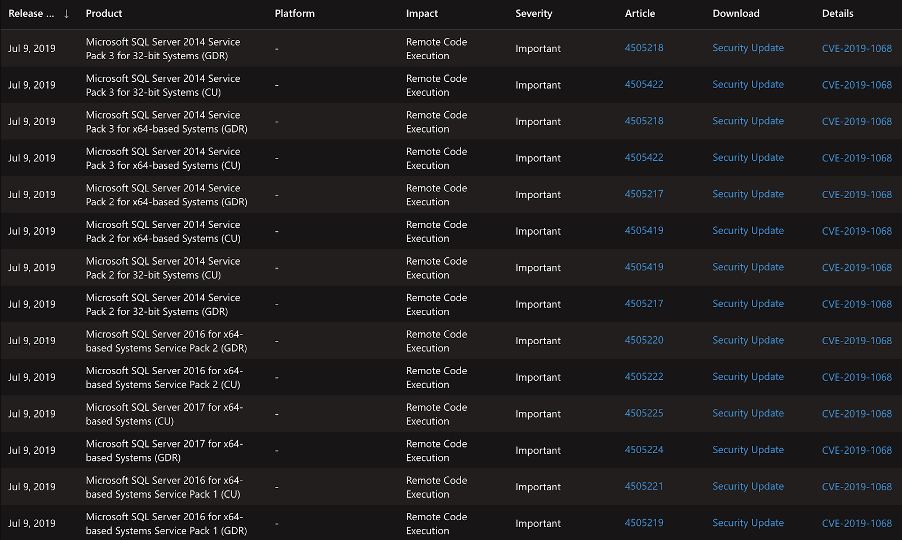 The executive summary tells that an authenticated attacker would need to run a crafted query. By considering this summary, our work focused on SQL Server’s query handler engine.

It’s possible to see that only a few functions of svl.dll were patched:

This can be seen on the screenshot below:

When we look into the difference between two updated versions, it’s possible to see one of these functions processes a user-generated string even if it is not in a valid path format.

As seen on the screenshot above, the vulnerable version of the function has fewer lines of code.

The improvement in the updated code block adds an extra check on the third character of the input string. It checks if the third character is one of ”\“ or ”/” characters. Function returns “1” and the program continues properly if all conditions meet the requirements.

To trigger the bug, all we needed was to create a crafted SQL query which includes a path value that triggers the vulnerable function in CU14. We looked for a way of doing it on Microsoft’s online documentations as seen on the screenshot below. 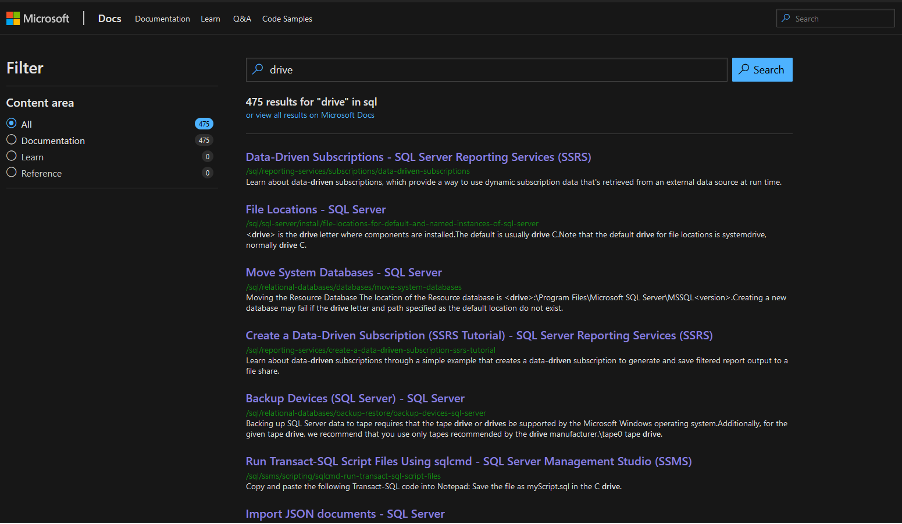 After several attempts, we were able to trigger the vulnerability by using the following command on the screenshot. Whenever this SQL Query is processed by SQL Server, it crashes.

The dynamic analysis process was started by attaching the SQL server to WinDBG. During the analysis, it was observed that none of the user-controlled inputs were written in any part of the memory. 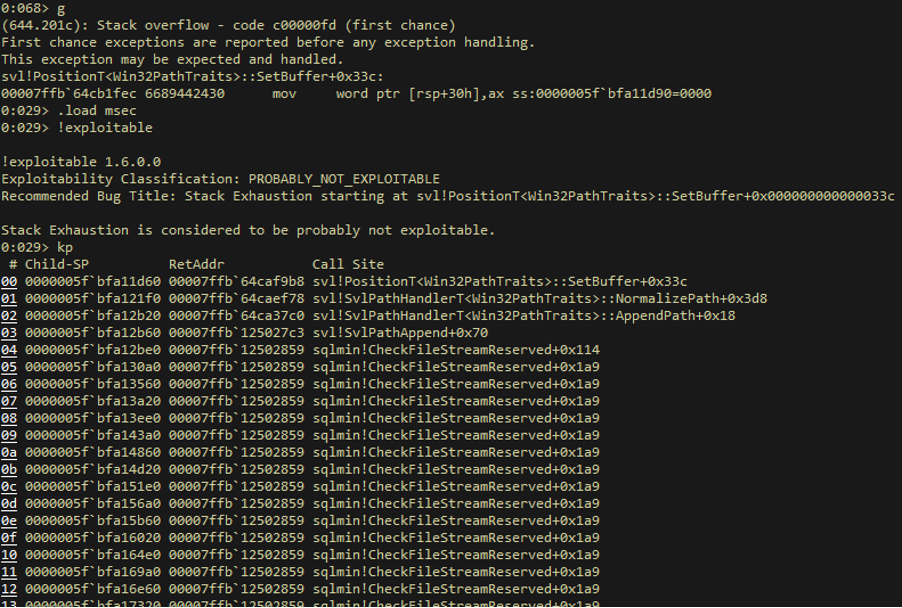 According to MSRC’s web portal, this vulnerability seems to lead to an RCE impact. We tried to achieve this impact by using some publicly known methods. Unfortunately, it seems to be leading to a stack exhaustion DoS vulnerability.